I wish I could say that February was just as a successful reading month as January, but that would be a lie 😛 I only managed to read/listen to 9 books and got more books than planned so when it comes to the reduction of my TBR pile I pretty much ruined everything I had achieved the previous month 😀

I only read 5 books last month which is quite a disappointment, especially since there are so many amazing books waiting for me on my TBR that I’m just dying to read. But instead of picking one of those I continued my re-read of the Red Rising series with „Golden Son“ which I liked a bit more the second time (I guess that’s because I still remembered what happened in „Red Rising“ this time so that this made it much easier for me to follow the story^^) but I still think it’s my least favorite book of the trilogy because „Morning Star“ turned out to be really awesome and also provided a very satisfying ending.

The other three books I’ve read were all review copies from Netgalley. My favorite one of them was the Japanese crime novel „Six Four“ by Hideo Yokoyama and I also enjoyed „A Death at the University“ by Richard King even though it wasn’t very exciting, but I already knew from the description that it would be a rather cosy murder mystery.

I also liked „Sleeping Giants“ by Sylvain Neuvel and found it pretty entertaining but I have to admit that it actually couldn’t live up to my (very high) expectations. From what I had heard about the book before I expected it to be mind-blowing but I think Neuvel didn’t tap the full potential of the great setting.

To be honest my audiobook month wasn’t very exciting. I listened to „Teuflisches Spiel“ („Her Last Breath“), the 5th Kate Burkholder thriller by Linda Castillo, which provided the usual interesting Amish crime story but didn’t knock me off my feet.

I also listened to Stephen King’s new short story collection „Basar der bösen Träume“ („The Bazaar of Bad Dreams“) which had a few really good stories and a few boring ones as well but at least David Nathan’s narration was always great.

The 3rd Tempe Brennan novel „Lasst Knochen sprechen“ („Deadly Décisions“) unfortunately couldn’t convince me and I have to say that compared to the Brennan from the TV show I find the Tempe from the books quite annoying.

But the biggest disappointment last month was the new Arno Strobel thriller „Die Flut“ which was not only full of asshole characters that I wanted to punch in the face all the time but also had a very repetitive story and a really dumb ending.

An application that changed my life…

One of my February highlights was definitely the discovery of Smartflix, a simple but invaluable application that allows it to access the full range of Netflix worldwide and not just the shows and movies from Netflix Germany and this is the BEST. THING. EVER. There are so much more movies and shows at choice and especially the Canadian Netflix has much more recent movies like „Inside Out“, „Big Hero 6“ or „The Imitation Game“ that aren’t available over here. And it’s even for free, all you need is a Netflix account!

I finally went to the movies again!

Maybe it’s to blame on this year’s Oscar season but I’ve managed to go to the movie theatre FOUR times last month which is almost as much as in the whole last year. The first movie I went to see was THE REVENANT which was pretty thrilling even though it was so fucking long. Definitely a well-deserved Academy Award for Leonardo DiCaprio and his fighting scene with the bear was already worth the admission money.

To be honest I only went to see THE 5TH WAVE because I’m not sure if I want to invest my time in a re-read of the first book before „The Last Star“ comes out in a few weeks but I have to say that this movie was surprisingly good. I especially liked the first part which showed all the different waves but also enjoyed the rest and really appreciated that they didn’t pay as much attention to the love story as in the book.

When I have to describe THE HATEFUL EIGHT I would say skip the first half of the movie and spend the first 1.5 hours doing something else because this part was one of the most boring things I’ve ever seen on screen. The second half however made up for it because it provided the usual Tarantino madness and things got pretty violent 😀

The best thing comes last: I’VE FINALLY WATCHED THE NEW STAR WARS MOVIE! I was so afraid that I would miss it on the big screen since it was already down to one screening per day so I decided to not wait any longer to find someone to watch it with me but just go on my own and it was FUCKING AWESOME. I didn’t even mind that I had gotten spoiled about THIS THING way before watching it and it might be possible that I have a little crush on Daisy Ridley now… 😀

Thanks to Smartflix I caught up on a few movies that I’ve missed in theaters but have been dying to watch: GONE GIRL was a good adaptation of the novel and I hated the characters just as much as in the book 😀

IT FOLLOWS was one of the most boring horror movies I’ve ever watched and I have no idea why this movie gets such a hype.

BIG HERO 6 was awesome! I loved the setting and how the nerds were the stars in this story and hadn’t expected this movie to be that emotional.

February was the month of the blu-ray release of THE MARTIAN so that I finally got to see it and I really liked it a lot. I wasn’t sure before if Matt Damon would be a good choice for Mark Whatney but I think he did a great job.

ADAM’S APPLES and SHUTTER ISLAND were the February movies for my „Make Maraia watch all the awesome movies that she missed while living under that massive rock“ challenge (I think I’m going to stick to that name :P) and even though I’ve seen ADAM’S APPLES for the 5th time now it’s still hilarious. SHUTTER ISLAND will always be one of my favorites because I absolutely love the dark atmosphere and the great plot twist in the end.

I’ve watched season 8 of THE BIG BANG THEORY and even though it wasn’t my favorite season it still made me laugh and the little cliffhanger in the last episode definitely makes me curious about season 9.

I wanted to finish MAKING A MURDER in February but managed to watch exactly one (!) episode – I guess that’s the maximum dose of Family „sweatpants are the perfect clothing for every occasion“ Avery I can bear in a month…^^

Miracles do happen because Crini and I finally finished the first season of X-FILES and it only took us half a year! 😀 But to be fair the last few episodes were quite interesting even though it’s still far away from being creepy.

The first episodes of the TV show adaptation of Stephen King’s novel 11.22.63 aired in February and so far I’m liking it, even though the pace is rather slow (just as in the novel^^). I’m already excited about when the story focusses more on the Kennedy assassination. 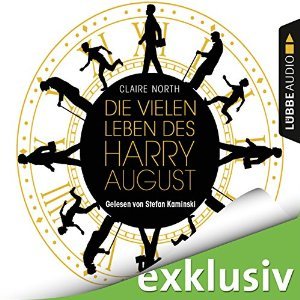 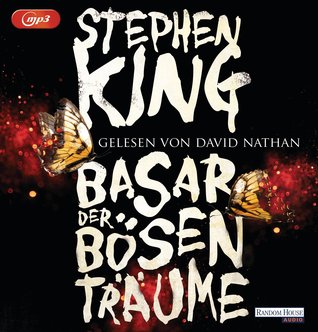 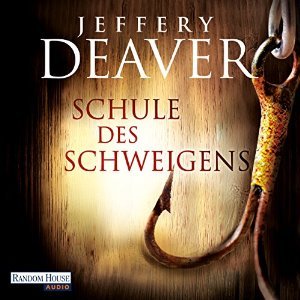 Other blog posts in February: