June was a great month. We took advantage of the summer weather by reading on the balcony, taking walks in the park, eating lots of ice cream and even went on a little vacation. We did end up increasing our (well, Sebastian’s) TBR, but at least we kept up with blog posts!

The Devil’s Star („Das fünfte Zeichen“) remains our favorite in the series, but The Redeemer was nevertheless a solid addition to the Harry Hole series. Despite how messed up Harry lets his life get, it’s impossible not to root for him.

Die mir den Tod wünschen („Those Who Wish Me Dead“) – Michael Koryta
This one sounded really tempting being a survival thriller set in the mountains of Montana and while it did provide a good feeling for nature the story itself was a bit too simple and repetitive to keep us hooked throughout the whole audiobook.

This Savage Song – Victoria Schwab
Maraia: This was a reread of one of my favorite Schwab books! I still love it, and I’m a little sad but not surprised that Sebastian didn’t.
Sebastian: This was my second Schwab novel (the first being Vicious) but I still don’t really understand where the hype is coming from. It took painfully long for the story to make something happen, I didn’t care about either of the protagonists and I was especially disappointed by the „monsters“ which I didn’t find scary/threatening/interesting at all. Still unsure if I want to read the sequel.

Nil Unlocked & Nil On Fire – Lynne Matson
We finally finished the Nil series! Only a year after (re)reading the first book so we could binge the series. Oops. The second book is the best in the series, with the same dark and mysterious island setting of the first book but with less of the cheesy romance. Unfortunately, the third book was both boring and once again full of “romantic” lines that made us roll our eyes.

All In – Jennifer Lynn Barnes
This YA thriller surprised us by securing a place in our top ten books of the year (so far). We’ve enjoyed The Naturals series from the beginning, and this one is the most suspenseful and exciting yet. It actually almost felt like an adult serial killer thriller just with teenage protagonists. We only have one book left, and we’re not ready to say goodbye.

Die Toten, die niemand vermisst („The Man Who Wasn’t There“) – Michael Hjorth & Hans Rosenfeldt
For reasons unknown I had taken quite a long break after the second book in the Sebastian Bergman series but fortunately I didn’t have any problems finding into the story of this third one. While I enjoyed the book and found the case interesting I had the feeling that the characters were struggling a bit too much with their own problems which took quite a lot of pace out of the plot. Also I still don’t know why they call it the Sebastian Bergman series when he’s the only character that hardly does any work 😀

Wer Furcht sät („The Hanging Club“) – Tony Parsons
I’m still not too fond of Tony Parson’s Max Wolfe series but liked this third novel best so far. The case was really interesting because it had a fascinating historical background (the Tyburn hangings) and it was fun to learn some dark secrets about London’s past. However I still have some problems concerning the protagonist who in my opinion behaves too irresponsible as a father and takes too many unnecessary risks.

Der Lügner und sein Henker („Master, Liar, Traitor, Friend“) – Christoffer Carlsson
I remember that when I read the first book of this trilogy I didn’t really understand why people compared Carlsson’s books to Stieg Larsson’s Millennium series but now that I see the whole picture I would actually agree with that comparison. The stories aren’t quite as thrilling but the atmosphere regarding the political situation in Sweden is similar and I really liked how the author connected all three books and told one big story instead of just three standalone cases.

Wer die Hunde weckt – Achim Zons
I went into this German thriller completely blind and found this book about a journalist who investigates a possible war crime in Afghanistan quite interesting but not very addictive and I had hoped for a little bit more suspense.

Wie die Steeple Sinderby Wanderers den Pokal holten („How Steeple Sinderby Wanderers Won the F.A. Cup“) – J.L. Carr
This novel is apparently regarded as one of the best football (soccer) novels ever so of course I had high expectations but unfortunately this book left me rather disappointed. It almost completely lacked the emotions a good sports drama needs in my opinion and the descriptions of the games themselves were quite poor and without any suspense at all. I was also a bit disappointed by the highly praised British humor in this story which I often found rather lame and amusing at best but it didn’t actually make me laugh. Assassin’s Fate – Robin Hobb
I read most of this in May, but it still counts as the best book I read in June. As I wrote in last week’s TTT post, Robin Hobb proved once again why she’s one of my favorite authors: this book made me feel an incredible range of emotions and brings together the story lines from all of her Realm of the Elderlings series. I loved seeing my favorite characters again, and the ending was everything I wanted. My reading experience was made even better by sharing it with my #hobbsquad!

One by One – Chris Carter
So far, this is my favorite book in the Robert Hunter series. It’s hard to believe, but each one is more messed up than the last, and this one is truly sick. Some parts definitely made me want to throw up, but I still couldn’t put it down. I highly recommend it to all thriller fans!

Leviathan Wakes and Caliban’s War – James S.A. Corey
This series comes highly recommend by several bloggers and bookstagrammers I trust, and so far it’s living up to the hype. I’m really addicted sci-fi at the moment, and this is the perfect fix. It has a great crew of characters, reminiscent of The Long Way to a Small, Angry Planet, but with way more action and intrigue.

The Emperor’s Blades and The Providence of Fire – Brian Staveley
This series also comes highly recommended, and it’s officially my favorite new fantasy series. I was promised pain, and pain it delivered, along with badass characters I’ve grown quite fond of and a fascinating world. I’m still a little scarred from the ending of the second book, but I can’t wait for the last book. I also love the audiobook narrator, who makes the books even better.

The Builders – Daniel Polansky
Yet another recommendation from bookstagrammers, this one didn’t quite meet my expectations, but it was still worth reading. Above all, this book was bizarre. It’s a violent story of revenge, but the twist is that all the characters are animals. Angry, vicious little animals.

Down Among the Sicks and Bones – Seanan McGuire
I really enjoyed Every Heart a Doorway, the first book in the Wayward Children series, but this one blew it out of the water. It’s a prequel featuring two characters from the first book, and to be honest I don’t remember them at all, but I adored Jack and sympathized with Jill in this one, and my only complaint is that the book is just a novella. I want more!

Our Dark Duet – Victoria Schwab
It’s not often that you get TWO series enders by one of your favorite authors in the same year, let alone two amazing ones. Our Dark Duet is more brutal and painful than the first book, but it has the same heart to it and the same characters I love so much. There’s only one thing that disappointed me, but maybe my hopes were too high. It’s still a very nearly perfect book!

True Grit – Charles Portis
My last recommendation of the month was also my biggest disappointment. I buddy read this with Shari for her Colour Me Read challenge after a friend of ours gave it five stars, but unfortunately Shari and I didn’t feel the same. It’s not that it’s a bad book, it’s just that I had zero interest in the main character or her story. June was filled not only with books and shows, but also with travel. We drove to Leipzig to see Coldplay and then turned it into a mini vacation. We spent two and a half days in Leipzig, which gave us enough time to see everything the city has to offer. It was the first time there for both of us, so it was nice exploring the city together. We even spent half a day at the zoo, which was both fun and the perfect cover from the rain. After Leipzig, we drove to the concentration camp Buchenwald and then on to Weimar for the night. We’d both pictured Weimar to be bigger, but it turned out to be a tiny town. That was perfect for the last day of the trip, though, because four hours was enough to hit all the sights. Despite its size, Weimar was super cute, the weather was ideal, and it was a great end to our trip. 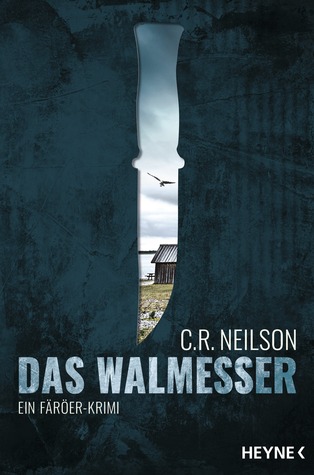 How was your June?
Did you read any good books? Take any summer trips?